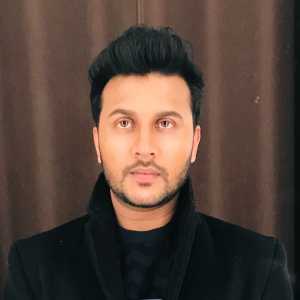 Spreading dynamics of drops deposited on a solid or liquid substrate is a crucial step for several applications such as inkjet printing, in disinfecting/sanitizing processes, surface cleaning involving solvents, oil spills over water bodies, lubrication and many other fields.  Despite its apparent simplicity, the process is quite complex and depends on several parameters such as substrate wettability, physical and chemical properties of the liquid, ambient conditions and so on. While many of these factors have been examined in literature, a factor which is often overlooked is the hygroscopic nature of the liquid drop, namely the ability of liquids (typically polar) to absorb water from the ambient humidity. The water adsorption/absorption (or condensation of water) on drops can indeed affect the process essentially due to so-called Marangoni effects i.e. the variation in surface tension with temperature or concentration. Further, these effects may strongly depend on the mixture phase equilibrium diagrams (e.g., the presence of azeotropes), as a function of initial water concentration, humidity and temperature.  So a concrete research framework has to be developed for studying the spreading behavior of hygroscopic drops under varying ambient relative humidity. In particular, applied to commercially used solvents such as methanol, ethanol, propanol and acetone which are hygroscopic, such analysis would provide vital information for the chemical and biological industries. In the present study, we will investigate the perfectly wetting cases where the contact angles are small and the effects of solutal Marangoni is essential. Indeed, in the absence of hygroscopicity and for perfectly wetting cases, the measured values of radius and contact angle follows simple scaling laws proposed by Tanner. But as a consequence of water adsorption/absorption (or condensation of water from the ambient) by these hygroscopic liquids, the wetting characteristics would be greatly influenced and these laws are invalid. This study aims in particular to derive new scaling laws accounting for hygroscopicity. A sophisticated analytical model will be developed to validate these experimental results. The model will be capable of generating a database consisting of so called Map of Regimes (MOR) for different binary mixtures. With a help of MOR, one can identify different regimes of spreading.  This database will be used alongside of the experimental results to identify new spreading laws.

Link to my Biography