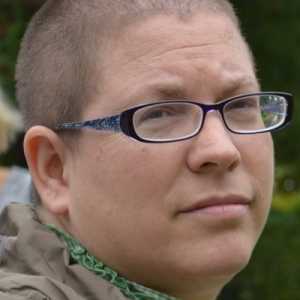 Early Manifestations of Islam: A Critical Worldwide Survey of Mosques in the First Three Centuries of the Hijra (622-913 AD) through Archaeology and Arabic Terminology

Archaeological remains of mosques, as well as inscriptions which mention them, represent the Muslim faith in their location of discovery. A spatial analysis of these manifestations according to their date can point to the regions where the religion of Islam was already present, and the methods and directions for its distribution. Therefore, dating these remains is essential. However, some of the former studies on that topic, especially in the first half of the 20th century, dated many mosques to the 7th and 8th century based on the narrative literature (written by historians from the late 9th century onward) and not on independent archaeological dating methods (e.g. C14, pottery identification). This method led to a flawed overview of the distribution of the Muslim faith over Asia, Africa and Spain by the 8th century. That overview was not yet challenged.

This research is designated to assemble all relevant structures from the 7th-early 10th centuries that were unearthed in controlled excavations over the world and were published. The data will be published in an open-source online database in English, Arabic and Hebrew, to allow access of many communities to that information. The physical and spatial characteristics of these structures will be analysed and a typology will be established. In parallel, I study the terminology of mosques or mosques’ elements (such as a minaret) in contemporary ancient texts and compare it with the typological classification of relevant structures. This might lead to a better understanding of the variation in the physical plan and function of early mosques, but also to a refinement of the relation between mosques and ‘cities’, for example, or the meaning of ‘minbar’ (an element within mosques where the sermon is given) in these early texts.

I am a landscape archaeologist of Early Islam, roughly the 7th-10th centuries in western Asia and North and East Africa. My additional research interests involve economic and social history of the early medieval period and the transfer of knowledge and ideas. My main methods are GIS mapping, critical reading of ancient texts, and cross-references of (relatively) Big Data. Following early studies in Ben-Gurion University of the Negev in Israel, I did my PhD at Universität Hamburg in Germany under the supervision of Stefan Heidemann (and Donat Wehner from Kiel Uniersity). My PhD thesis focused on settlement patterns in central Israel/Palestine during the 7th-11th centuries.