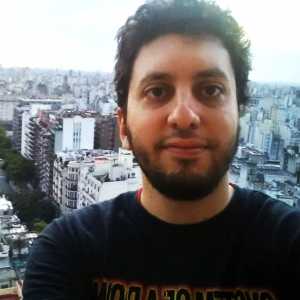 Towards Gamma-ray Astronomy at ultra-high energies with AugerPrime

The observation of an ultra-high energy photon component of the cosmic radiation is one of the open problems in Astroparticle Physics. The stringent theoretical and experimental upper limits to the photon flux above 10^14 eV make the search of a weak photon signal in the vast hadronic cosmic ray background a challenging task. At these energies, primary photons entering the atmosphere develop an extensive air shower which is driven by electromagnetic processes with a poor muon component.

This research project aims at enhancing the sensitivity to ultra-high energy photons of the Pierre Auger Observatory, particularly exploiting two complementary elements of the AugerPrime Upgrade: the Underground Muon Detector and the Surface Scintillator Detector. The muonic and electromagnetic components of the air showers can be characterized with the information provided by those detection systems. On the one hand, the high-energy muon content is one of the most promising observables to enhance the discrimination between photons and hadronic cosmic rays. On the other hand, since the multiplicity of electromagnetic interactions, which dictate the photon-induced showers, have a smaller multiplicity than their hadronic counterparts, the expected development is delayed in the case of a photon primary with respect to a hadronic one. Both aspects will lead to a multiparametric analysis with an unprecedented background rejection capabilities in an unexplored energy range by the Auger Collaboration. The most violent, but also less understood, astrophysical objects are expected to produce cosmic rays, with an accompanied flux of photons and neutrinos. The simultaneous observation of these particles, the so-called multi-messenger approach, is a key ingredient for discovering the cosmic ray sources themselves and for better under- standing the underlying mechanisms responsible for
their activity far beyond the reach of human-made particle accelerators.

I started my academic career at the Instituto en Tecnologías en Detección y Astropartículas (ITeDA) in Buenos Aires, Argentina, as an undergraduate student. In August 2012, I presented my Master thesis in the framework of the characterization of the Underground Muon Detector (UMD) base design of the Pierre Auger Observatory. On April 2013, I started the Doctorate in Science and Technology at Universidad Nacional de San Martín (UNSAM). My PhD topic was the search of ultra-high energy photons using the data acquired by the UMD engineering array. During 2015, I changed the doctorate to the recently created Double Doctorate Degree in Astrophysics (DDAp) between UNSAM and the Karlsruher Institut für Technologie (KIT), in Karlsruhe, Germany. I spent 13 months at the Institut für Kernphysik (IKP) from KIT. In February 2018, I passed my PhD exam with final marks of 10/10 (UNSAM) and magna cum laude (KIT).

From April 2018 to November 2020, I was a postdoctoral fellow in the ITeDA working on the performance of the 433-m spacing surface detector (SD) and the UMD. Since 2011, I am an active member of the Auger Collaboration. The group of researchers of the ITeDA has been in charge of developing and deploying the UMD stations, as well as coordinating the data acquisition and analyses. On the one hand, I have acquired a wide knowledge about the UMD and the SD. Specifically, I have accumulated sufficient expertise as to lead independent studies on the detectors simulation, on low-level data (e.g. calibration and detector performance) and high-level data (e.g. analysis of air-shower measurements). On the other hand, I have gained a broad background on cosmic-ray physics by means of more than a dozen postgraduate courses, both in Buenos Aires and Karlsruhe.

I have been leading the development of a new branch of photon search studies in the Auger Collaboration. I am now considered as a referent in the search for photon primaries at the lower edge of the energy range covered by Auger. Moreover, I am one of the few scientists currently working on the SD-433.